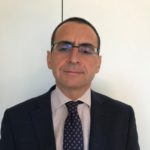 Head of the Unit "Cybersecurity Technology and Capacity Building"

Miguel González-Sancho is since July 2018 Head of the Unit "Cybersecurity Technology and Capacity Building" at the European Commission, where he has worked for over 20 years, mainly on EU policy and R&D&I programmes relating to digital technologies, and before on telecoms regulation and trade policy. His previous responsibilities in the Commission included Head of Unit for eHealth, Head of Unit for Administration and Finance, Deputy Head of Unit for Policy Coordination, Deputy Head of the Unit for eInclusion, and member of cabinet of a European Commission Vice-President. Miguel holds degrees in law, international relations, business administration, accounting and auditing 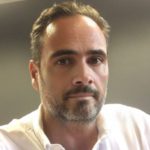 Marco Barros Lourenco is a Technology Strategist, Futurologist and a Cybersecurity Researcher with more than two decades of experience working for international organisations in three different continents.
Marco worked as CISO for a CSDP Mission and as senior manager for United Nations and Microsoft Corporation, defining strategies for public sector modernisation, information security and risk management.
Marco Joined the European Union Agency for Cybersecurity in 2018 as Cybersecurity expert lead and since 2021, he heads the Agency Research & Innovation team. 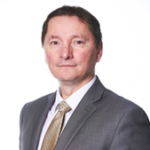 Dan accumulated over 20 years of experience in cyber security, risk management in Brussels, Bucharest and internationally.
He led professional teams that supported European Institutions, National Competent Authorities and large industry actors in defining and implementing their cyber security policies, strategies, operational and technical measures.
Since May 2020 he was appointed as General Director of CERT-RO by decision of the Romanian Prime Minister.
He has the exciting mission to lead the effort for transforming this great organisation and is committed to contribute with his mandate, will and capabilities for supporting the national strategy and priorities in the cyber security domain. 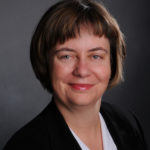 Professor Gabi Dreo Rodosek holds the Chair for Communication Systems and Network Security at the Universität der Bundeswehr München, Germany. She is Executive Director of the research institute CODE (Cyber Defence), coordinator of the project CONCORDIA, a major H2020 consortium, with 55 partners from research and industry, member of the Supervisory and Advisory Board of Giesecke & Devrient GmbH, member of the Advisory Board of the BWI GmbH, member of the Governing Board of the Deutsches Forschungsnetz (DFN) and member of the IT expert panel of the German federal financial supervisory agency (BaFin). Professor Dreo studied computer science at the University of Maribor and the Ludwig-Maximilians University in Munich. In 2016 she was awarded the European Medal from the Bavarian Minister for European Affairs and International Relations Dr. Beate Merk. 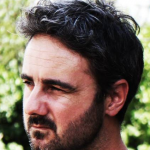 Matteo is Security Deputy Business Unit Manager in RHEA Group. He has wide experience in cyber-security product development, including cyber-ranges, dynamic risk assessment and information sharing. As a project manager, he led many multi-million research and innovation projects for the European Commission and the European Space Agency.
Among other activities, he is currently technically leading the Horizon 2020 project ECHO, a large initiative aiming at developing a European-wide network of cyber-security centers. 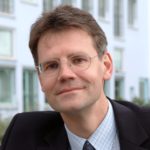 Kai has coordinated several leading EU research projects, e.g. the Network of Excellence “Future of Identity in the Information Society (FIDIS)” and the IP “Attribute based Credentials for Trust” (ABC4Trust). Currently he is coordinating CyberSec4Europe, a pilot for the European Cybersecurity Competence Network 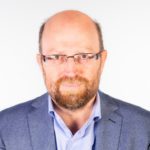 Fabio Martinelli is a research director of the Italian National Research Council (CNR) where He is referent for cybsersecurity activities. His main research interests involve security and privacy in distributed and mobile systems and foundations of security, privacy and trust. Since 2004 He is in the board of directors of the international school on Foundations of Security Analysis and Design (FOSAD) and He founded and chaired the WG on Security and Trust management (STM) of the European Research Consortium in Informatics and Mathematics (ERCIM). He is currently chair of the WG 11.14 in secure engineering of the International Federation of Information Processing (IFIP). He usually manages R&D projects on information and communication security. In particular He coordinated the EU NESSoS Network of Excellence in Future internet Security and the EU Training Network on Cyber Security (NeCS). He has been the co-chair of the Italian technological platform in homeland security (SERIT) and chaired the WG3 on Research and Innovation of the Network and Information Security (NIS) Platform promoted by the European Commission.He also served as expert in the EU H2020 Protection and Security Advisory Group (PASAG) and acts as First Director in the Board of the European Cyber Security Organization (ECSO) and co-chairs ECSO WG6 SRIA.

He is currently partnership Director of the SPARTA Pilot for competence network in cyber security. 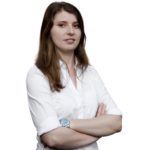 Currently working In Brussels for Computer Emergency Response Team (CERT-EU) as an IT Security Administrator. Previously I worked as an IT System Administrator for the Romanian Ministry of Defense. Passionate about Information Technology , I graduated from Technical Military Academy with a master's degree in Information Technology Security - Bucharest, Romania. I was always curious about IT , but cybersecurity really caught my attention, by never letting me the chance to get bored and keep me challenged every day. It soon became an exciting career prospect, with endless opportunities to grow and learn. 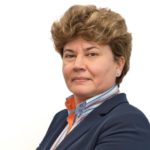 Liliana Musetan is the IT Security Risk Management Programme Manager, program that covers more than 50 Directorate Generals and Executive Agencies at the European Commission.
Liliana works for the DG Informatics - DG DIGIT, previously being Deputy Head of IT Unit at DG Employment, Social Affairs and Inclusion - DG EMPL.
She has been involved in cybersecurity during the last quarter century.
She started her career in Romania as an Electronics and Telecommunications engineer at the National Commission for Informatics, serving as an expert in relations with the Secretariat General of the Government of Romania.
In her later role as Head IT department, she designed and built for the first time the infrastructure and communications network backbone in the Victoria Palace, introducing government staff to the world of safe internet surfing and multiple passwords. Since 2000 she has chosen a career at the European Commission, serving as an administrative attaché in charge of IT and secure communications in several EU Delegations.
As leader of a regional team in 12 delegations in Southeast Africa, she coordinated the cyber part of business continuity and crisis management situations, such as mass migrations due to drought or tumultuous coup d'état, and ensure that the staff of EC delegations can continue their work. In 2019 she became the IT infrastructure Team Leader of the newly created Research Executive Agency, being the creator of a brand new data and communication infrastructure.
She is also member of Women4Cyber ​​and very active on attracting women to cybersecurity area.
Liliana is No. 1 influencer in the top social media news promoted by the European Commission – including news about digital and cybersecurity, thus combating misinformation and fake news. linkedin.com/in/liliana-musetan/ https://twitter.com/LMusetan